Our goal is to be the most comprehensive Chrono page on the internet, and we are constantly looking for more ways to expand in order to make that goal a reality.

Over the years, this site has undergone numerous cosmetic and content-related changes. This page briefly covers each version. 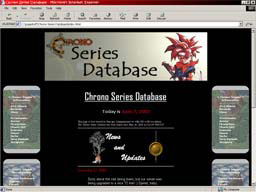 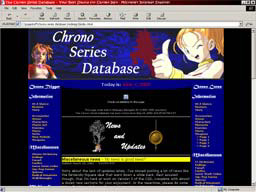 Version 2.0 was a vast improvement over Version 1.0 in both design and content. Both Chrono Trigger and Chrono Cross were fully covered in areas such as reviews, armor, characters, enemies, etc., and multimedia such as pictures, midis, winamp skins, icons, etc. were provided. 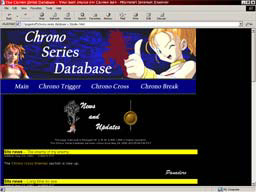 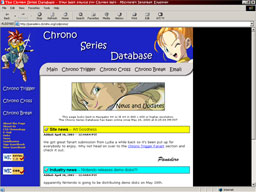 Version 4.0 was a radical change for the CSD in terms of both site structure and design. The largest change of all was the transition from straight HTML to PHP, which greatly helped increase ease of expansion and overall flexibility. This version was the first to be XHTML 1.0 Transitional validated as well as CSS 3.0 validated. New sections included tabs of various Chrono songs, game credits, sprites and more, as well as beefed up fanart, fanfic, skin, and other multimedia sections. 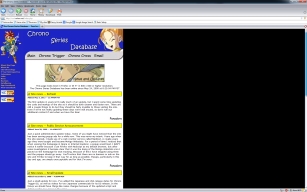 Version 4.5 was more of an evolutionary change than anything. The HTML, CSS and JavaScript were both cleaned up to be more efficient and standardized, and certain elements like Google fonts were added for extra flair. 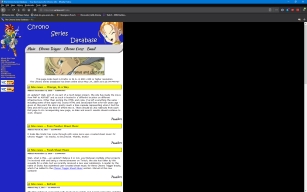 Version 5.0 was purely an "under the hood" change, as it made the move from PHP to ASP.NET and the Microsoft development stack. The site's design, scripts, and resources are mostly preserved as-is to serve as a reminder of what the site was in its heyday.